Christmas has been kind to most with both weather and fishing conditions and those who headed out at the right time were rewarded, the difficult thing was picking the right time. As expected and normal for this time of the year both ends of the day were best, the middle was a struggle especially around the corals areas. We did get several reports from around the bay during the bay, but they were on the edges of the bay and in some of the quieter areas. The best reports in the middle of the day were from offshore with some quality conditions finally showing up. Land based from the beaches was again best early or late when things were a bit quieter. The same can be said for the jetties, once it got busy there was always someone that tried fishing with sinkers much too light or someone managing to hook a ray, either way tangling most who were there. The best land based daytime fishing, like the boating came from the quieter areas.

The reports started off with big numbers of quality fish but as the traffic on the water increased the reports decreased. Calamari reports pre-Christmas were very good both from the land and boats and while the boats are still finding plenty the jetties have gone a bit quieter, probably more to do with the boat traffic and swimmers around the jetties. Cleeland bight still the best of the boating/kayaking but go early or late for the best results. Several reports came from reef island area and tortoise head.

Whiting have been best for consistent size in the deep water, fishing the bank on the edge of the channel in 8m to 10m around tortoise head to ram island. That’s where the best of the whiting have been and those caught in the more traditional areas, dickies bay and cleeland bight have been very mixed in size. We have seen a few quality whiting caught in the shallow areas but it’s a battle with 25cm ones and leatherjackets.

Snapper have been elusive and would appear most have left with only a couple around the 5kg mark reported in the last week. If you like 10cm pinkies though you won’t be disappointed because there are 100’s of them. Persevere and you will find some size ones, but it could take a while as the small ones are so fast. Reports of the bigger pinkies are mostly coming from late evening as the small ones seem to disappear as the sun goes down. Although the pinkies are moving around you will generally be able to find them across the corals in 6m to 8m of water.

Finally, the weather has cleaned up enough for people to get Offshore for a few days in a row. We have had a couple of odd ½ days before Christmas but not long enough to spend a day out there. Those diving are saying it’s still cold but slowly warming up and with the calmer conditions the crays are now coming in closer and easier for most to find. With the better conditions boats have been able to do a drift for a mako and we have seen a couple caught already, 30m to 40m of water off Kilcunda to spot to go. The conditions haven’t been good enough for chasing kingfish yet although we did get a report of a large school in the entrance a couple of weeks ago and one, just size caught off the rocks near the old quarry. Flathead have been bigger in close but there isn’t as many of them whereas the further you go out the smaller they are but the better numbers.

Noel found some quality flathead in the entrance, even catching one on a squid jig.

Who said Bananas are bad luck on boats? 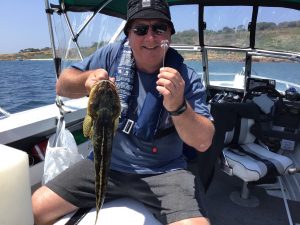 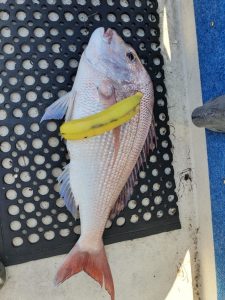 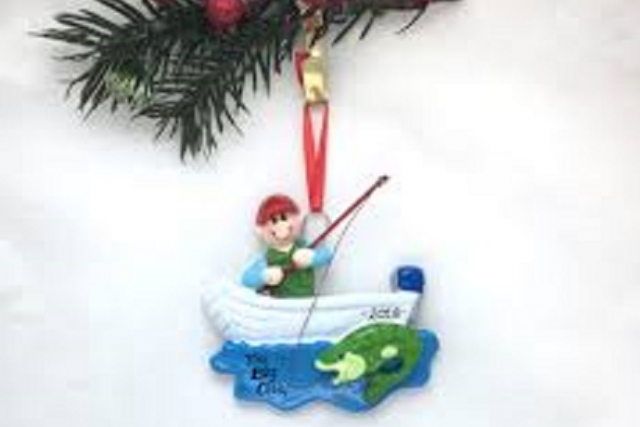 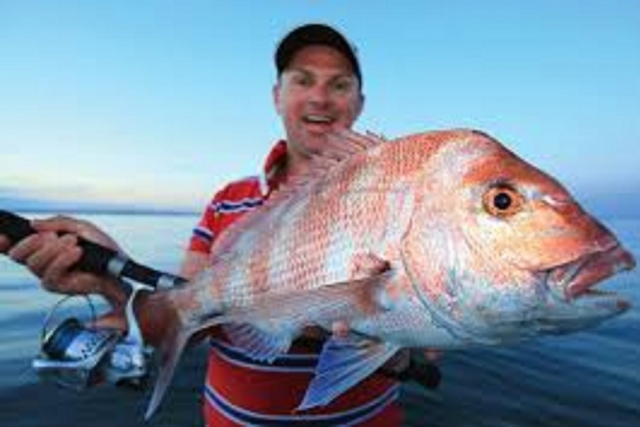