Winter has continued this week and in fact the weather has been probably worse than some that we did have in the winter. Don’t let the conditions fool you though as several customers have found out over the last couple of weeks. Forgetting it is actually summertime they have headed out without a hat or sunscreen, because it is so overcast you don’t put it down as the number one thing to take, then while fishing the sun comes out and before you know it you are very sun burnt. The temperature in the bay has been all over the place with late October looking like an early and good Snapper spawning with the water temperature getting close to the magic number early. Then along comes November reducing the water temperature considerably and now looking like a very poor spawning. The sun has a kick to it this time of the year and we will only need a week or so of sunny days and the bay will see a dramatic rise in temperature and all will be good again, it just needs to happen quickly.

Reports this week were almost all from Sunday with only a brave couple of visitors out during the week. Even our land based customers left the rods in the shed this week sitting right by the surfboard they couldn’t use either with the very windy messy conditions. The weather has even had an effect on those who don’t fish but enjoy eating it with fresh fish supplies very short in the markets, it even stranded the local fleet but there was plenty of room at the San Remo jetty Sunday when the weather turned for the better and they headed out. While the weather can have a big effect on businesses around the island that rely on fine weather conditions for a living I guess we need to put it into prospective when you compare it to the weather conditions further north with the drought and the fires. We have had a few families in over the last couple of weeks from those areas that are just trying to get away not necessarily on a holiday and when you hear their stories we probably shouldn’t complain about the weather too much.

The snapper are still around, and we had a big variety of sizes reported on Sunday with schools of pinkies moving in during the week. We have had pinkie reports for a few weeks now, but the reports are widespread now and there are so many small ones that we are being told that you have to up anchor and move away to get something bigger. The reports of the best snapper came from very early Sunday morning but came from several different spots and depths, which can be typical of reports after a long period of rough weather. No monsters with the best of the snapper between 5kg and 6kg but once it spends some time wrapped in foil on the BBQ it will be a welcome addition to the Christmas lunch. Although the undersized pinkies are a bit frustrating, there are bigger ones amongst them, and you just need to be patient. The majority of the reports we received were of 36cm to 45cm fish which are good pan size and came from in the schools of smaller ones. The best reports came from those fishing alone and not in the middle of the crowd which is why I think the reports were spread out. Those who headed out before the sun was up found a quiet area easily but once the morning went on you needed to, in many cases head to an area you probably hadn’t fished before to find a quiet spot.

The whiting reports were almost a mirror of the snapper reports with dozens of under sized or very small ones caught. We haven’t seen the small ones over the last couple of years and you haven’t needed to check their length at all and a 40cm one just looked like all the others in the bucket. If you catch a 40 cm one it looks like a monster amongst the mid 30cm skinny ones. Providing the smaller ones are put back the whiting fishery over the next few years will be good. like the snapper the reports came from many different areas with the best for bigger whiting in slightly deeper water. We also had a lot of whiting reports from those fishing the edges of the channels at low tide, start of the run in especially around the top light and at Rhyll.

Most of the calamari reports this week came from our land based customers because when the wind dropped the boats all headed for the snapper or whiting. It was a mixed bag of reports with only a handful of people fishing we only had a handful of reports. Most of the calamari could be best described as average in size and for the effort a little disappointing. Like all the other species I don’t think it has anything to do with there being a lack of fish just what we normally hear with long periods of unsettled weather.

The photo is of 10 year old Harry. Harry and his dad, Max, headed out Sunday morning and managed a couple of snapper and these quality gummies. Harry caught the bigger one. 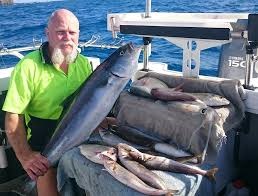 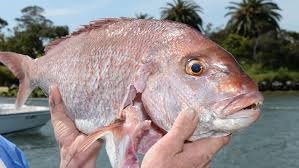 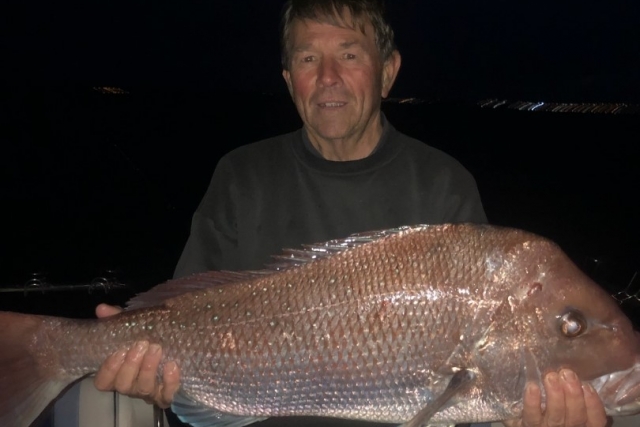 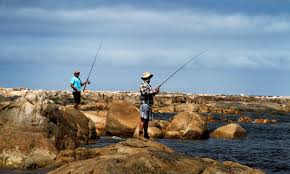